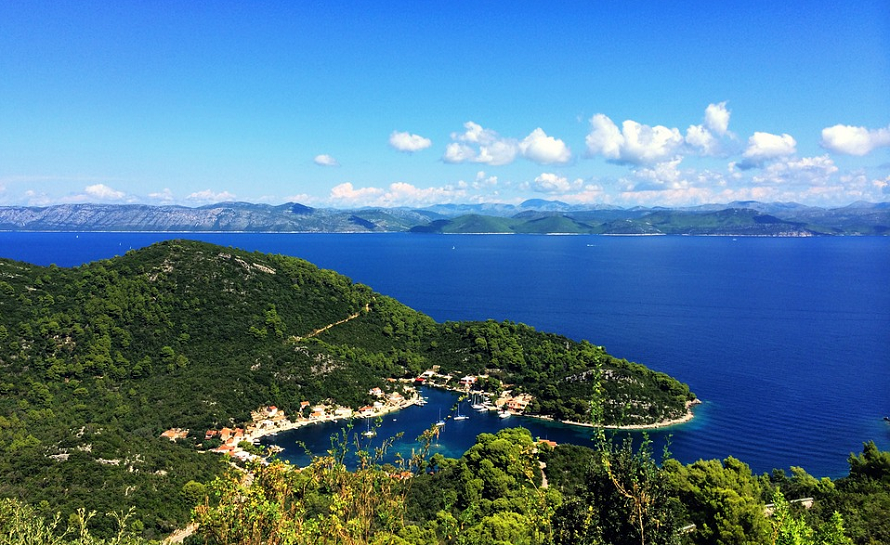 Uniline.hr invites you to discover and enjoy the beauties of Croatia, its climate, a heavenly blue sea, beautiful beaches and hundreds of breathtaking attractions. Take a look at this site and find out how we can help you to book a great vacation.
Let us show you the numerous treasures that this land offers; its natural miracles, cultural and historical attractions, amazing gastronomy, and above all, warm and friendly people. Enjoy this amazing country !

Croatia is a middleuropean Adriatic country. It lies between Slovenia on the west, Hungary on the north, Serbia and Montenegro, as well as Bosnia and Herzegovina on the east, while the Adriatic sea divides it from its neighbor Italy. The convenient geografical position, as well as the good traffic connections make it easy to reach its numerous destinations and the wunderful beaches of the cristal blue and clear Adriatic sea.

The Republic of Croatia covers an area of 56.538 km2 and its territorial waters cover 31.900 km2. The Adriatic sea of Croatia is for many Europeans the closest warm sea and is at the same time one of the most beautiful. The coastline including the islands is 5.700 km long and is one of the most intented coastlines in the Mediterranean. With its 1.185 islands, islets and rocks it really deserves its name 'country of the thousand islands'. The biggest islands are Krk and Cres.

According to the last census, Croatia has 4.437.460 inhabitants. The majority of the inhabitants are Croats, while Serbs, Bosnians, Albanians, Slovenians, Hungarians, Italians and Czechs form the most numerous minorities.

Croatia is a multilateral parlamentary republic.

The capital is Zagreb with 779.145 inhabitants – the economic, traffic, cultural and academic center of Croatia.

There are two climate zones; a temperate continental climate, locally also a mountainous climate, prevails in the interior, whereas a pleasant Mediterranean climate prevails along the Adriatic coast, with an overwhelming number of sunny days and a sea temperature that does not fall under 20°C. This pleasant climate favours the relax and enjoyment of the treasures of the Adriatic coast. The average temperature: January 0 to 2°C, August 19 to 23°C; average temperature at the seaside: January 6 to 11°C, August 21 to 27 °C; the sea temperature is about 12°C in the winter, and 25°C in the summer. Weather forecast

The official currency in Croatia is the Kuna (1 kuna = 100 lipa). Foreign currency can be exchanged in banks, exchange offices, post offices, most travel agencies and at the reception of hotels, camps as well as in marinas.

In Croatia the most used cards are: Eurocard/Mastercard, Visa, American Express and Diners. They are accepted at most hotels, marinas, restaurants and shops, as well as at ATM's and commercial centers.

... that in 1906 the Croat S. Eduard Penkala invented and patented the first real pen and first fountain pen.

... that the tie is a Croatian invention. In the 17. century the Croats made it a costum to put a piece of textile around the neck as a detail of fashion.

... that in four places on Veliki Brijuni were found more than 200 footprints from dinosaurs.

... that around the Arena of Pula was fastened the biggest tie in the world. It was 808 meter long and at the lower part of the tie 25 meters wide.

... that UNESCO and the Croatian government proclaimed the year 2006 that of Nikola Tesla. In 1882 Tesla discovered the principle of the rotating magnetic field. With his genious discovery he enabled the creation of the first electromotor running with alternate current.

... that our olympic Janica Kostelic entered in history with her many victories and became the most successful skier ever in the olympic games.

... that Croatian islands hide a lost world of living fossils. In caves of Hvar and Korčula were found new types of very small lobsters, survived examples of species that died out long ago.

... that Ivan Meštrović is the most famous Croatian sculptor, as well as one of the biggest modern world artist. An interesting fact is that in 1947 he organized in the Metropolitan Museum of New York an exhibition about his work, which was the first exhibition of a living artist.