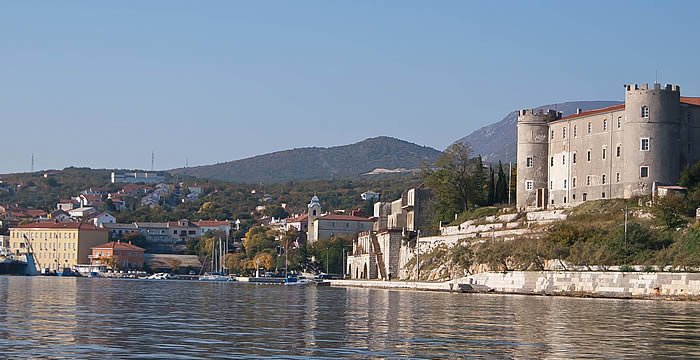 Kraljevica is an old coastal town located 20 km south of the city of Rijeka. It is situated at the entrance to the Bakar Bay in the heart of Kvarner. Today Kraljevica is coastal town very attractive for life, has 5000 residents and provides all the necessary facilities at your fingertips. Good transport connection and bus lines make Kraljevica tourist attractive.

1. Tourist resort Uvala Scott** - One of the most popular resorts of Kvarner region is home to various accommodation units such as standard or superior triple rooms and apartment that can accommodate 4 people. Some of the units are airconditioned and all of them are located close to the sea and the beach. Great location and affordable prices are the main resons that make this resort so popular during the summer.

Due to the geographical position, natural beauty and healthy climate Kraljevica became one of the first centers of health tourism. The first beach on the Adriatic sea was built in Kraljevica . The coast of Kraljevica is very indented with numerous bays, capes and cliffs covered with trees and grass. Aforementioned resort Uvala Scott** is the tourist backbone of the destination. It is located in Dubno cove which mesmerized the English nobleman Alexander Scott who moved there in XIX. Century and stayed there until the very end of his life. Kraljevica is located right across the island Krk so many guests choose to spend part of their holidays in Kraljevica and part on the island, especially in the island town Omisalj. Omisalj is home to very popular and budget friendly hotel Adriatic** and its annex building Marina/Primorka** as well as a luxurious camping Kamp Omisalj*****.

History and culture of Kraljevica

Kraljevica was founded in the end of the 15th century. The landscape is dominated by two medieval castles with the church, the legacy of Croatian noble families Zrinski and Frankopan. Town of Kraljevica was developed next to the old Castle Frankopan and church of St. Nikola. During the summer months historic castles are the center of many cultural and entertainment events. There are various cultural and sport events such as cultural Summer of Kraljevica and sailing regatta of Kraljevica.

Show on map
Facilities:
from € 60,00
Select
Show/Hide other rooms

Show on map
Facilities:
from € 41,18
Select
Show/Hide other rooms

Show on map
Facilities:
from € 73,17
Select
Show/Hide other rooms

Show on map
Facilities:
from € 36,79
Select
Show/Hide other rooms
Map
We have placed cookies on your computer to help make this website better. You can change your cookie settings.Otherwise, we will assume you are OK to continue.
OK / I agree, do not show this message again.