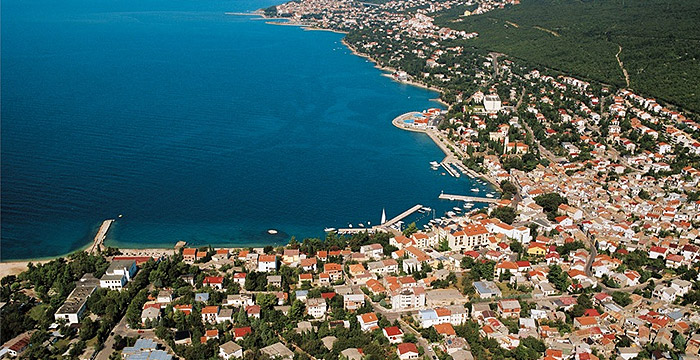 Selce and is colorful and maritime village with beautiful pebble beaches and clear blue sea. Selce is located 40 km south of Rijeka. Selce offers the possibility of different trips: Plitvica lakes, trips by boat and by bus to the Kvarner, Istria and Gorski Kotar.

2. Vacation village Jadranka Selce - We invite You to discover and enjoy the beauties of Croatia, its climate, a heavenly blue sea, beautiful beaches and hundreds of breathtaking attractions. If You are interested in detailed information about this accommodation please contact us by email or phone and out operators will be happy to help You book an unforgettable vacation.

Selce is a city with over 110 years of tradition. Selce is situated in a small cove near the town of Crikvenica. Selce is a major health center thanks to its climate and is used to treat rheumatism and to treat those who have difficulty breathing, physical and of course for rehabilitation. The beaches of the coast of Selce show off the blue flag and offer different possibilities for recreation and sports like scuba diving schools, tennis, mini-golf, handball, bowling ...

History and culture of Selce

The cultural heritage of Selce and consists of several churches, chapels and an old wine press of the olives to the mill built in the eighteenth century. In the church of Santa Caterina and religious relic of the saint. The church of S. Catherine is in the little park, built in before the Roman times. The chapel of St. Juraj was built in the eleventh century, is dedicated to the saint known as the Middle Ages.

Located at the entrance to Selce and in the immediate vicinity of the sea, Hotel Katarina offers numerous...

Pavilions Slaven are located only 400m from center of Selce and are great choice for families. Near by you...

This lovely hotel is located opposite the main beach in Selce and only 400m from the town center. Hotel...