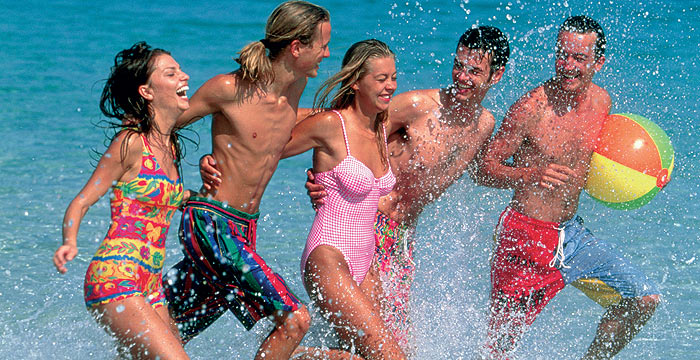 Istratour with traditional lunch, and a panorama od Lim Channel

Short description: day which will surely stay in a good memory. We have created a combination of taste and natural and cultural tour of this beautiful area... The excursion starts in the early morning hours. Our expert and professional guide comes to you in the hotel, and we set out on this beautiful trip

We start with the exploration of the beauties of Istria .. and its fascinating coastline

Poreč Porec old town is a tourist stage: a place where you can learn from the monuments of the past and walk the paved streets built during the Roman era. The unique monument is the Eufrasiana Basillica, early Christian cathedral as well as other monuments to the 2000 long history of Porec. Historical center of Porec is a diverse place of entertainment.The unique monument of the Basilica, early Christian cathedral, but there are many other eloquent witness 2000 years long history of the city. After Porec, we will go to another known and beautiful city

Rovinj On this Mediterranean town situated on the peninsula you will surely enjoy the walk in the beautiful old city streets, visits to the churches, the church of St. Euphemia (patron of the city), the beautiful waterfront, and many boats anchored in the harbor... After seening Rovinj we go to:

Panoramic ride through Lim Channel north of Rovinj is one of the most beautiful natural resources of the Istrian peninsula, the Lim bay, or as some call it: the Lim Channel. Lim Bay is part of the 35 km long Lim Valley, which extends almost to the center of Istria to the town of Pazin. Lim bay a is a little longer than 10 km, with maximum depth of thirty meters, and on its widest part is around 600 meters wide. On both sides rise very steep hills, sometimes to a height of 100 m. The name Lim comes from the Latin word Limes (boundaries), since the valley divided two Roman provinces at the time of the Roman Empire, todays cities Porec and Pula. A pleasant boat ride will take us through the channel where you will enjoy nature as it combines crystal blue sea and green forest lasting 45 minutes. After a panoramic drive we depart for the central Istria for delicious

lunch in agroturism Ferlin: in the heart of Istria, in nature, there is an agroturism Ferlin .. The tavern will welcome you with the hospitality, a fireplace and the smell of warm bread and other delicacies from the oven. We have prepared for you a traditional lunch:
- Istrian manestra
- veal with potatoes under the bell
- Dessert: fritule i krostule
- Istrian wine

The particularity of this gastronomic experience is that you will have the chance to see traditionally made Istrian folk costumes, as well as try them on.

Included: professional tour guide of Porec and Rovinj, also the companion during the trip; panoramic ride of Lim Channel lasting 45 minutes, and lunch with the above menu in agritourism Ferlin.

Short desription: Would you like to find 22 types of orchids including the endemic specie 'Serapias Istriaca' (the Istrian orchid), see the so-called 'islet - plate' where the dinosaur´s footprint has been preserved or find the remains of luxurious Roman villae rusticae? Choose the Orchid trail and ride from the ancient Mutila, nowadays Medulin, along well-intended coast of the southern part of Istria. In this widely known tourist resort, which besides numerous hotels and restaurants has also many sporting and recreational facilities, you can find many kinds of entertainment. To begin, you can visit the Parish church of St Agnes from the 19th century, listen to different concerts of classical music which take place there and ride along the narrow streets of Medulin. Following fresh fragrance of the pinewood you will reach a nearby magnificent 2 km long sandy beach and another attraction, an archaeological site with remains of a Roman villa situated at the bay of the peninsula called Vizula. Continuing along the trail you will arrive to Pomer, a village located on the western part of Medulin bay with well preserved remains of villas and thermae which testifies that it existed already in the Roman period. In case you get hungry, you should know that Pomer, which used to be famous for fish and shell farming, is nowadays known for excellent fish and seafood restaurants.

In Pomer we will enjoy delicious lunch, which will strengthen us to continue the journey!
- Pasta with Sauce
- Mixed meat dish
- Salad
- Dessert

Passing through Kamik and the Roman quarry in Vinkuran you will arrive to Banjole, another authentic fisherman’s village. The trail continues upwards towards Monte Kope where you can enjoy a magnificent panoramic view of Medulin bay sprinkled with numerous green islets. Continuing along the trail you will reach Premantura, a picturesque fisherman’s village located at the southernmost part of Istria, which has been inhabited since the Bronze Age. Except for being a tourist resort, like the other two places, Premantura also boasts a long and narrow peninsula Kamenjak, the real pearl of this place, which resembles a hand emerging from the Adriatic. Cape Kamenjak, 9,5 km long and just 1,5 km wide, has been proclaimed a protected landscape area. Surrounded by the 30 km long coast with numerous gulfs, bays and white beaches washed by the crystal clear blue – green sea, Kamenjak leaves nobody indifferent. Abundant in typical Mediterranean low plant cover and macchia, pinewood and fertile fields, Kamenjak will enchant you with the real essence of the Mediterranean. An important note for all nature lovers: you are in an area with high biological diversity where you can find almost 500 herb species including 22 types of orchids. Continuing along the bays of Pinižula and Njive you will reach the final point, Cape Kamenjak. The lighthouse Porer built in 1846 on the homonymous rock and a separate islet, Fenoliga, will appear in front of you. Because of its shape known also as the 'islet – plate', Fenoliga boasts a dinosaur´s footprint! When you get tired of all of these beauties, you can have a rest in one of the numerous bays or under fragrant pine trees and then continue along the trail through Premantura and Pomer to the starting point in Medulin.

Places to visit:
The splendour of the ancient Mutila: luxurious Roman villae rusticae located on the Vizula peninsula close to Medulin
A tourist paradise: sandy beaches, campsites and hotels, marvellous sounds of the oldest preserved Istrian organ in the church of St Agnes in Medulin
The place of fishes and shells: Pomer
Magnificent panoramic view: the bays of Medulin and Pomer in your hand palm – Monte Kope
Orchids, a lighthouse and the 'islet-plate' with a dinosaur’s footprint: Premantura and the protected nature park Cape Kamenjak


Destination and accommodation for young people

Villas Rubin is a resort located about three kilometers from the town of Rovinj. The nearby beaches are...

Villas Rubin is a resort located about three kilometers from the town of Rovinj. The nearby beaches are...